Blue eggs but no ham 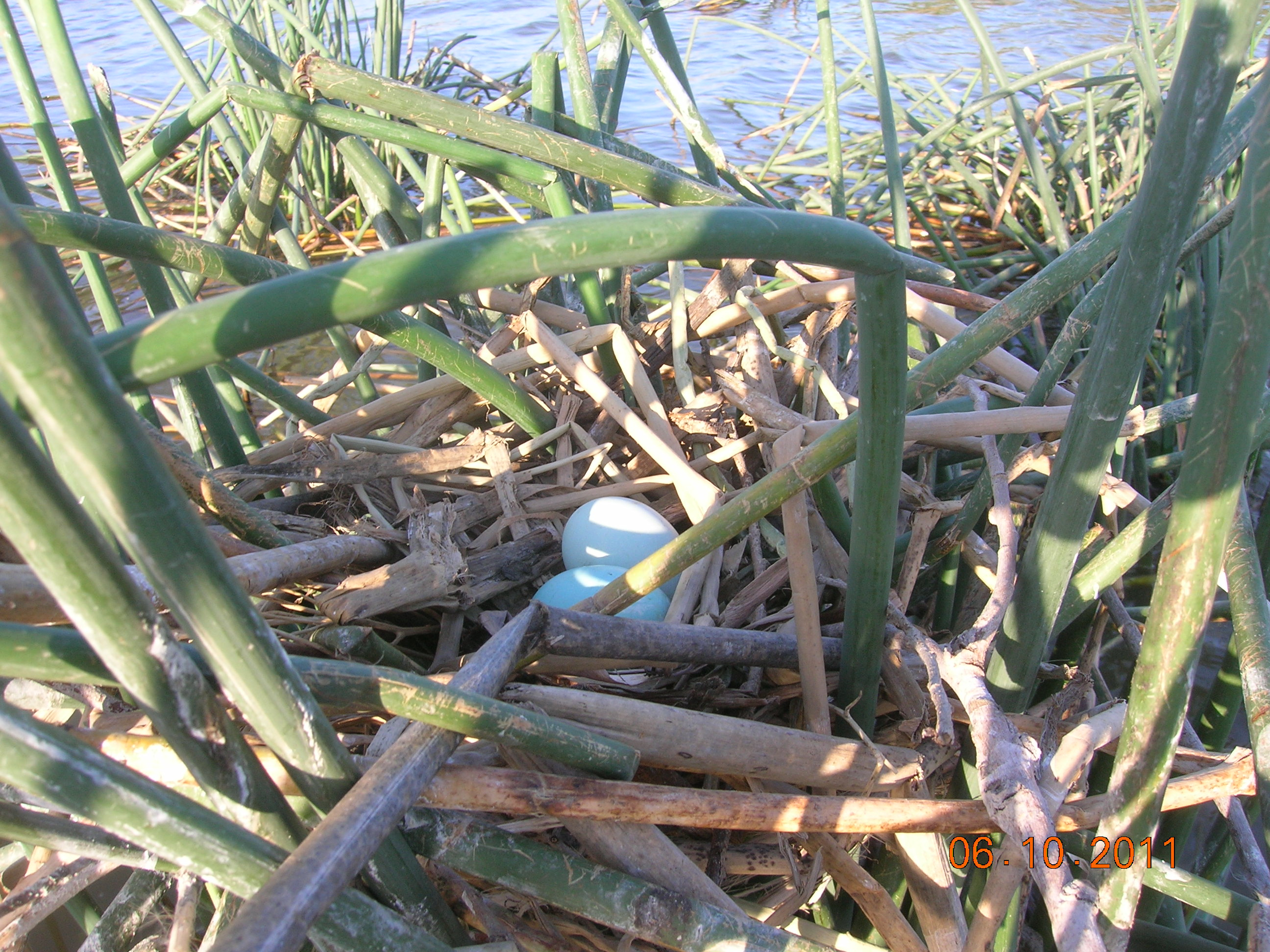 The blue eggs shown in the photo here are those of a white-faced ibis (Plegadis chihi), one of the Conservancy’s “Covered Species” as defined by the NBHCP. The eggs rest about eight inches above the water on one of the Conservancy’s marsh complexes. There are at least a couple hundred more. This may seem like very good news, especially when 10 years ago or so, many predicted that white-faced ibis would never nest on Conservancy preserves. In past years, we’ve had thousands. This year, hundreds. I immediately suspect two things for the lower number. First, the exceptionally cool weather. The Sacramento Bee noted in an article that in the past two years, we’ve had the coolest May temperatures in 50 years. Plus the extra and late rainfall. What exactly the weather has to do with lower numbers of nests, I am not sure. So I turn to the second suspect: Black-crowned night herons (Nycticorax nycticorax). When you watch white-faced ibis and black-crowned night herons over the years, you come to realize they are enemies. The herons are ruthlessly cruel to the white-faced ibis chicks. And we have a very much larger-than-usual population of nesting black-crowned night herons on the same preserve. I wonder if the ibis felt so threatened and harassed that many gave up? Don’t know. There haven’t been any other changes in the area or in management practices. And maybe it is too early to be making these judgement. Maybe there will be some “late nesters.” We’ll have to wait and see.