Busy as a beaver 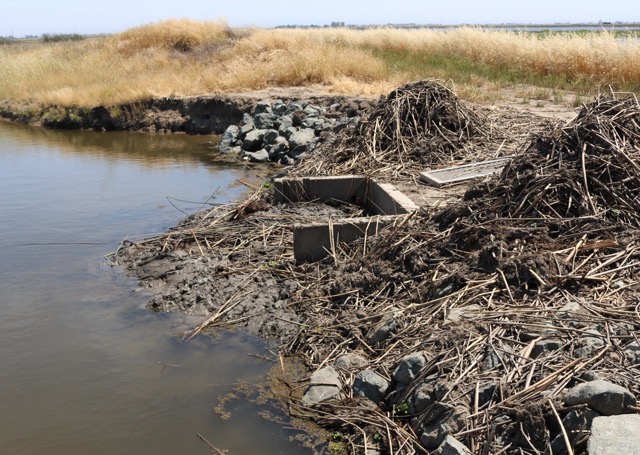 If allowed to remain as is–with the water completely dammed up–much of the rest of the marsh would ultimately be non-functional for Giant garters snake and Pacific pond turtles among other of the NBHCP’s Covered Species.

Simply stated, if the marsh complexes aren’t fully functional and flowing, then we risk jeopardizing Conservancy successes in mitigating for the loss of GGS elsewhere, and that means failure. We’re not going to let that happen. Which means…you got it! Someone has to go and clean this muck out. And that is a very difficult and costly job.