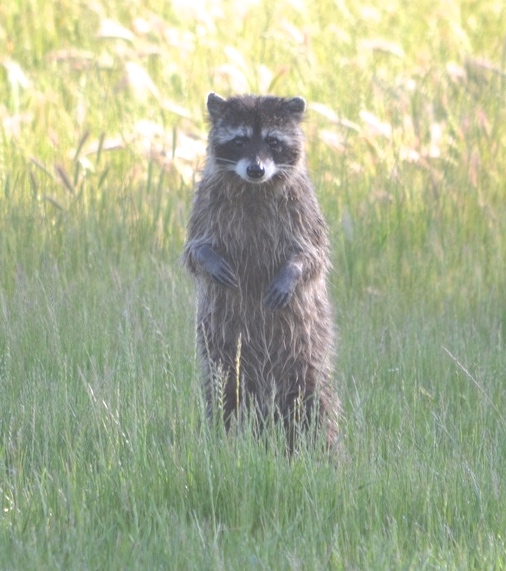 (April 30, 2019) The photo that accompanies this story was taken the day the movie “Avengers: End Game” was released. The movie set a record for ticket sales: $1 billion, just for the opening weekend.

One of the stars of the movie, Rocket Raccoon, was apparently overwhelmed by the attention and needed respite, which he found on the Conservancy’s preserves over the weekend. This photo shows him standing, with hands in repose, just as he did in numerous scenes in the Avengers movie.

We are told that he was also volunteering to assist fellow raccoons who did not have the same level of stardom, and so was lending a hand to them as they found their way through life on the Conservancy’s preserves.

(Editor’s Note: While we are not exactly sure that the raccoon in this photo has anything to do with the Avenger’s star named Rocket, and in fact wonder a bit whether this has a place in a science-based organization like the Conservancy, we can confirm that the photograph that accompanies this story is authentic, and was in fact taken on Conservancy preserves, and that the pose is real. The photo was not altered.)