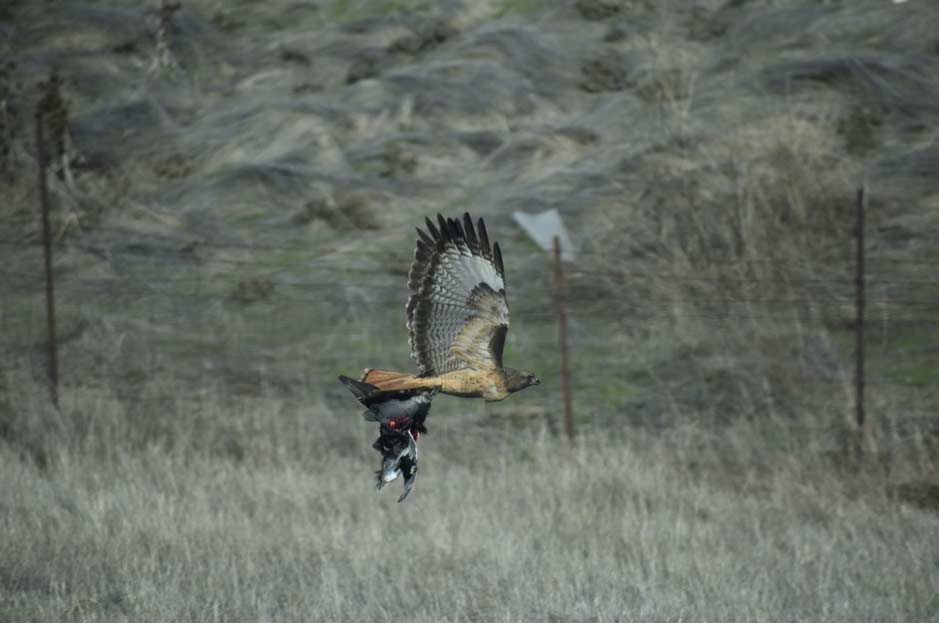 Here we have a Red-tail hawk (Buteo jamaicensis) taking an American coot (Fulica americana) off the Conservancy’s flagship reserve, the BKS Tract.

There are times when one hates to see this, and then there is the realization that if it’s not happening, the ecosystem just isn’t working right. As it turns out, in this case, one species that is over populated on Conservancy preserves, the coot, has become a meal for the Red-tail hawk, which, while common, is definitely not in over-population. Nature has its way of trying to balance things out.

One especially interesting aspect of this recent captured moment is just how expansive the Red-tail hawk’s wings are here. It is amazing that when they have a load underwing, in this case, prey, the depth and breadth of the wing seems to get larger than otherwise. In this photo, this is very well documented.