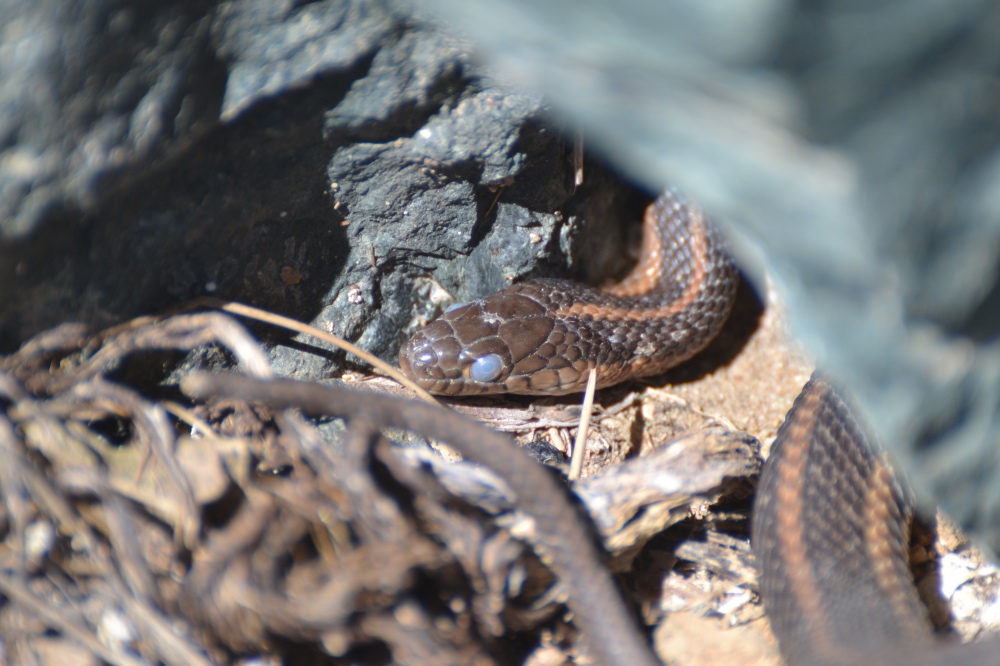 (May 18, 2018) Sometimes we get questions about the strange appearance of the eyes of some of the Giant garter snakes we feature in Conservancy media. Some say it looks like something out of a horror film (AKA “scary movie”).

It normally looks like a filmy-looking cover over the eyes, at least in some of the photographs we share.

Actually, this is what is called a nictitating membrane, or, as some would say, third eyelid. Usually, it is considered to be transparent, and enables the animal to continue to see while protecting or moisturizing the eye.

So, don’t be afraid. When you see this, it is normal. At least for our friends on the Conservancy preserves and many other places in the natural world.