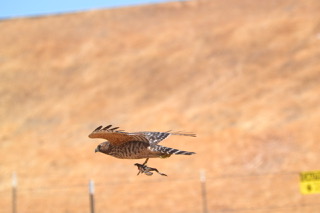 The great paradox of restoration ecology, and the work that the Conservancy does, is that the refuges and sanctuaries we design, build and manage are created for the benefit of wildlife. The theory is that as wildlife is displaced by urbanization, they need a safe place to retreat to. When our work is evaluated, one key success criterion is whether or not a preserve is populated with the NBHCP’s Covered Species. In other words, if it is successful, its biological richness would be apparent. 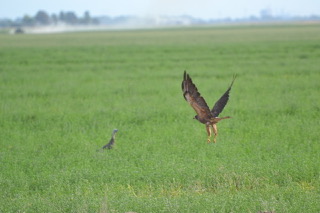 And so it goes with the Conservancy’s preserves. The preserves are, in fact, biologically rich. That has been proven. But not all species find unconditional refuge and sanctuary on them. In fact, many meet their end on them. They become prey to the predator. And the predators shown in these photographs indicate that the raptors do most of the dirty work.

post titled “Big Gulp”) and many others. But here we feature raptors. The reason: they are the most predatory on the preserves, at least from what we see on a regular basis. 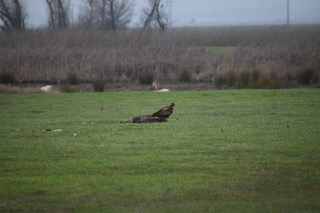 All the photos attached in this post were taken recently on The Conservancy’s preserves.There is ambivalence about this. We don’t like to think of the Conservancy’s preserves as being host to a beautiful animal meeting an untimely end. But, as one young U.S. Fish and Wildlife Service biologist strongly advised me early in my career – if predators aren’t finding sustenance on Conservancy mitigation lands, then we have failed. She was (and is) right, of course.