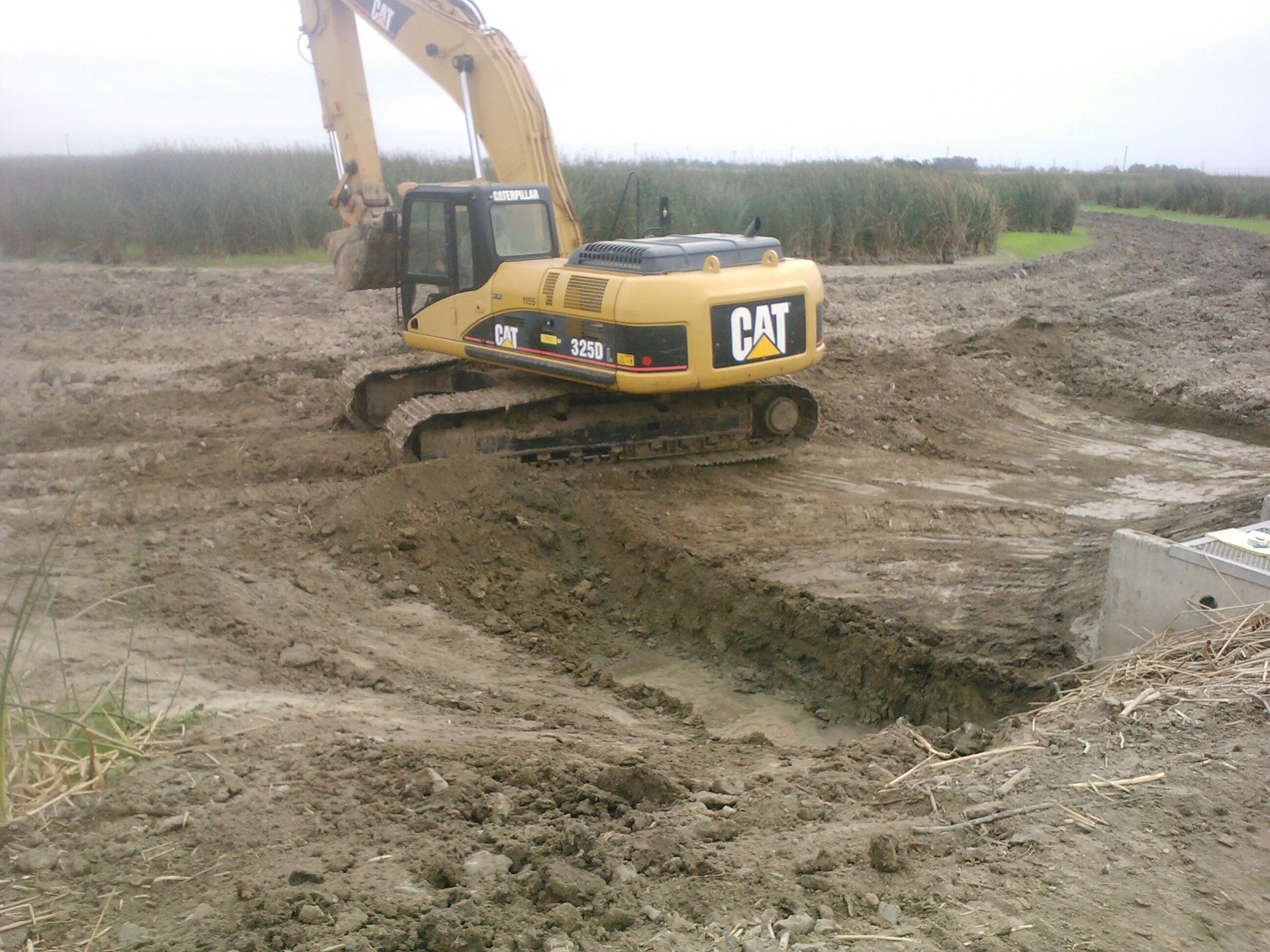 Officially called the “BKS Tract North Course Channel Clearing Project, Phase 3,” you can see from the photo here that the Conservancy is moving a lot of dirt these days. It’s not uncommon for us to move 30,000 cubic yards or more of soil on these projects. This year’s effort is renovating a pond as big as we’ve ever done in recent years. We call it “Pond Q,” and it lies in the northwest corner of the Conservancy’s Silva tract.

The Conservancy is required to keep these marsh complexes fully functional to perform their duties as habitat for the Western Pond Turtle and Giant Garter Snake and other NBHCP Covered Species. Over time, the marsh complexes get filled in with debris, and then their functionality becomes compromised. Fossorial animals will dig in the banks and displace sediment into the stream while carp seem to be constantly fanning the bank sides, disturbing soil as they look for things to eat. Also at issue are the other natural functions which happen such as eutrophication and the general settling out of particulate matter from the water. Over time, this material accumulates and pretty soon, an aquatic environment is no longer aquatic. The Conservancy’s periodic channel renovation projects restore these clogged channels so that they can perform their purpose as aquatic habitat for Giant Garter Snakes and other of the NBHCP’s Covered Species.

The Conservancy takes great care to conduct these renovations in such a manner as to minimize conflicts with the NBHCP’s Covered Species. We’re getting pretty good at it, and these days we can complete one of these projects in a few weeks. Then we turn the water back on and after another few weeks, you can barely tell the area was disturbed.