Published and not perished 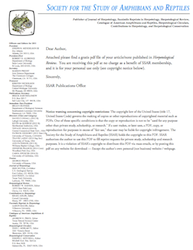 Attached with this post is notification and reference to an article brief published in Herpetological Review 44(1), 2013 regarding movement of a Giant Garter Snake in the Natomas Basin (see “Thamnophis Gigas (Giant Gartersnake) Movement”). What is noteworthy about this movement is that a Natomas Basin Giant Garter Snake was positively identified as having moved from east of U.S. Highway 99 to west of U.S. Highway 99. Later, the snake moved back east again to the east side of U.S. Highway 99. Previously, it was thought that the highway was such a barrier to snake migration that it was unlikely if not impossible for aquatic snakes to move east and west across the center of the Natomas Basin. The authors (I am listed as being among them) conclude that the snake used the pictured culvert to make the move from east to west. This is a very important discovery.

I’ve noted in various publications (Landscape Architecture among them) a renewed interest in protected wildlife crossings over, under and around barriers, especially highways. The movement is most pronounced in Western Europe. While some examples can be found in the U.S., they are the exception, not the norm. Maybe this posting and publishing will help build the case that proper wildlife mitigation must include ways for wildlife to expand their range, migrate, find diverse forage and for purposes of diverse breeding opportunities. This is an excellent start.