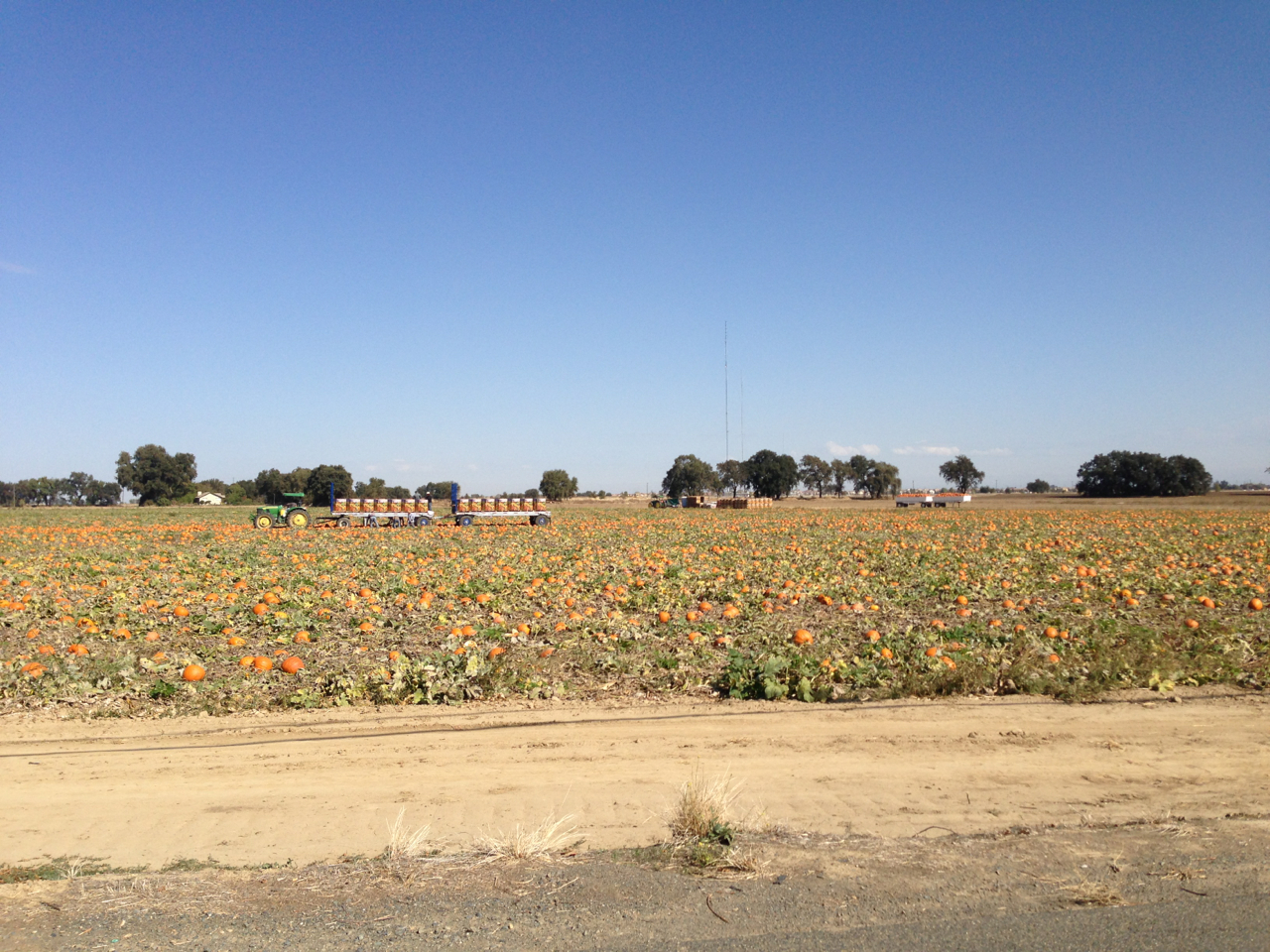 The photo associated with this post shows one of the Conservancy’s most productive Swainson’s hawk foraging properties. Usually, it is in alfalfa, one of the favored crops for the hawks. But after years in alfalfa production, the soil on this tract needed a rest, and it was planted to pumpkins for one year, and then we’ll place it back into alfalfa. Now you might think that pumpkins have no benefit for Swainson’s Hawks. But looking at this field, it has already been harvested! Look at all the food left on the ground, all of it not fit for the market (that is, consumers won’t purchase them because of spoilage or damage, so the farmer can’t find a market for them that makes economical sense). The pumpkin remainders left on the field is food for the favored prey of the Swainson’s Hawk, meadow mice, to feed on and fatten up for the winter. Later, the Conservancy’s tenant farmer will disc the pumpkin residual into the ground. But there will still be some small amount of food supply in the field. When the Swainson’s hawks return from their migration in early spring, we hope they find plenty of food in and around this property. All because of “pumpkin food.”