Reap what you sow…then lose it. 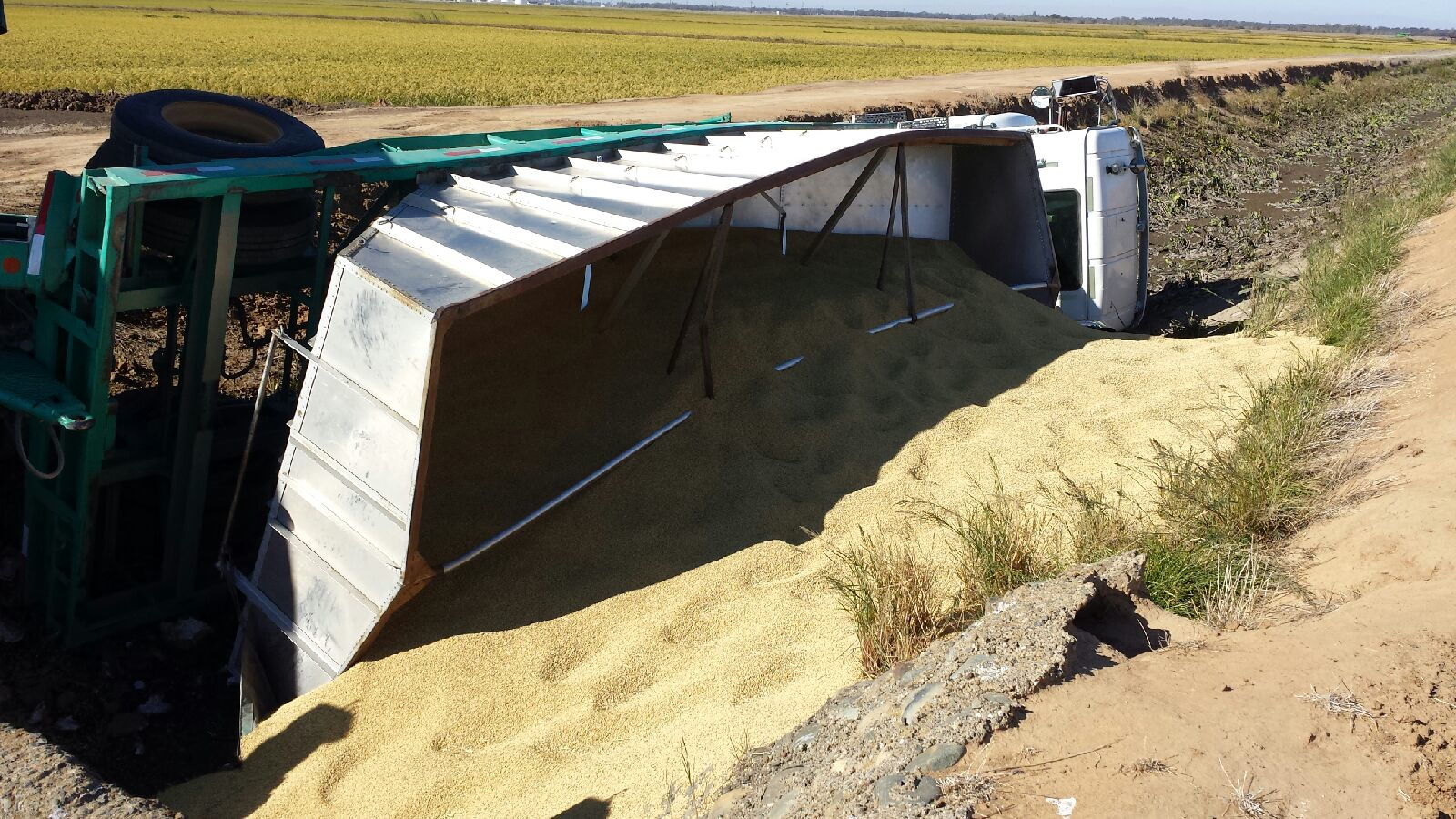 People are amazed when we tell them of the things that occasionally happen on Conservancy property. Some are astonished by what we tell them. Rarely, we get photos of some of the craziness, and in this instance, we have several photos, one of which is attached to this post.

In the central portion of the Conservancy’s Central Basin Reserve Area in North Sacramento County, a truck driver was hauling some freshly-harvested rice to market. The driver was using a dirt road commonly used by farmers in the area. We can’t know exactly why he drove his tandem big rig into the ditch, but we can see the after affects. Many say these tandem trailers haul something on the order of 55,000 pounds of rough rice. One of the trailers (see photo) actually spilled, while the other was retrieved, reasonably intact. We’re told–but cannot confirm–that the driver simply walked away and later resigned.

In a way, the driver was lucky that the ditch had been recently de-watered by the Natomas Central Mutual Water Company. Sometimes when these things happen, those in the vehicle get temporarily unconscious–or can’t get free of restraints or vehicle damage–and drown. And fluids from the vehicle can escape and contaminate the water that in turn contaminates downstream uses and properties.

The lesson for all the rest of us is: let’s be careful out there.