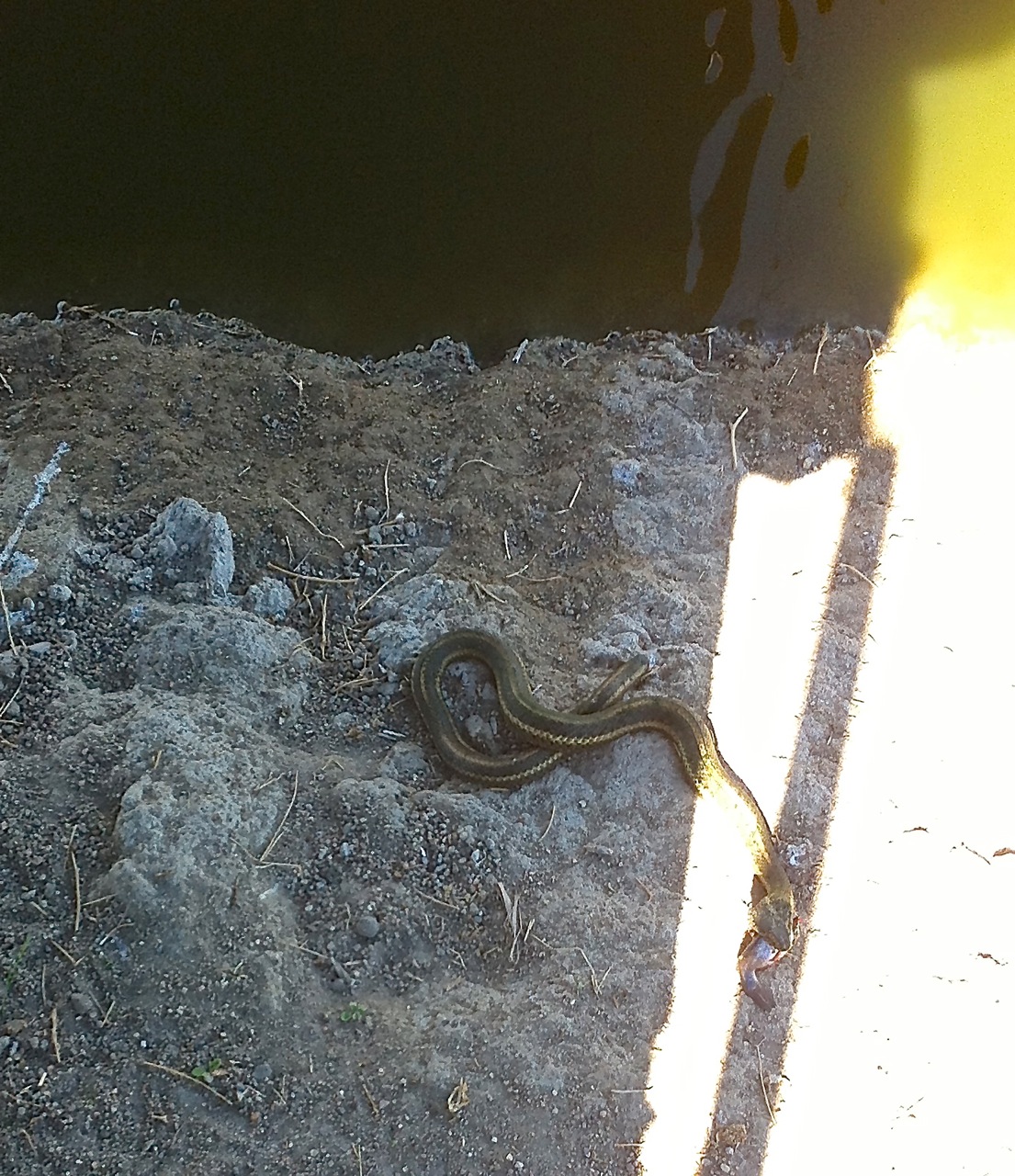 The adjacent photo is of a giant garter snake that bit off way more than it could chew, so to speak. Several of us were out on site planning next year’s channel clearing work when we saw this GGS on the banks of the Silva tract’s Pond Q. It was a beat-up snake. It’s tail was stubbed off, it had a boil on its neck and then there was this fish in its mouth. We think it was a catfish, but don’t know for sure. It looked like the snake was trying to force the fish out of its mouth. But there was a bone from the fish that acted like a fish hook barb keeping the fish from being expelled from the snake’s mouth. There was no way this fish was going out without some major difficulties. We all agreed that there was only one way this could get resolved successfully, and that was for the snake to go ahead and swallow the fish. I wonder what finally happened.