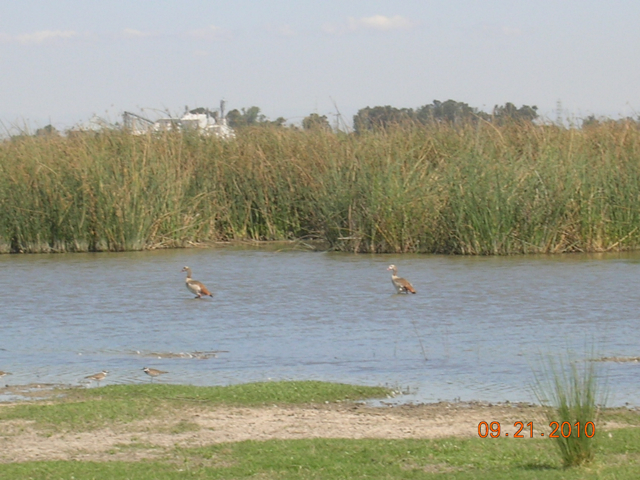 Out on site the other day with Conservancy Board President David Christophel and others, we were treated to an unexpected find. As we were doing a site inspection, David called out, “Stop! Look over there. I think that is an Egyptian goose.” We slowly made our way to the area where indeed, there were three geese. More than most waterfowl, they walked in water when it seems most waterfowl would be paddling. And they had coloration we’d not seen before. I took the photos attached of the three specimens on the Conservancy’s Kismat tract. They were in about three to four inches of water. 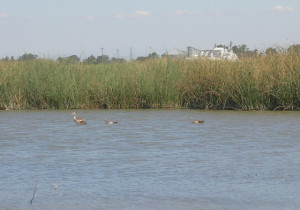 Interestingly, this was in the same part of the preserve where we’ve had the only spotting of Sandhill cranes in the past. There must be something about this particular part of the preserves that these extraordinary creatures find especially attractive. Finds like these are amazing. Although the Egyptian goose is not one of the NBHCP’s “Covered Species,” it enjoys protection from environmental groups and governments in many places throughout the world. A good brief introduction to the bird can be found at: http://en.wikipedia.org/wiki/Egyptian_goose