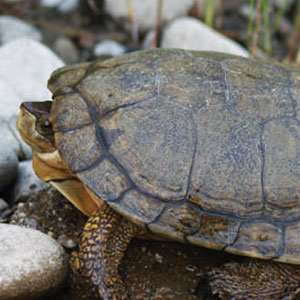 About the Northwestern pond turtle

Western pond turtles can be found throughout California west of the Cascade-Sierras from near sea level to 4,700 feet (1,400 meters). They are found in many of the Natomas Basin’s aquatic habitats, particularly in the larger irrigation and drainage canals, but their upland breeding habitat may be limited.

Western pond turtles do not reach reproductive maturity until about eight to twelve years of age. Females lay their eggs between March and August in nest sites dug at least four inches (ten centimeters) deep, covering the site with soil and vegetation. Nests can be found in various places from sandy banks to harder upland soil, provided the internal humidity of the covered nest site remains relatively high. Eggs can take up to 80 days to hatch, at which point the young turtles rest in the nest, absorbing the yolk sac until they are large enough to enter the water.

Images of the Northwestern pond turtle 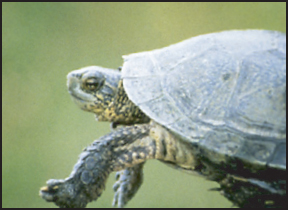