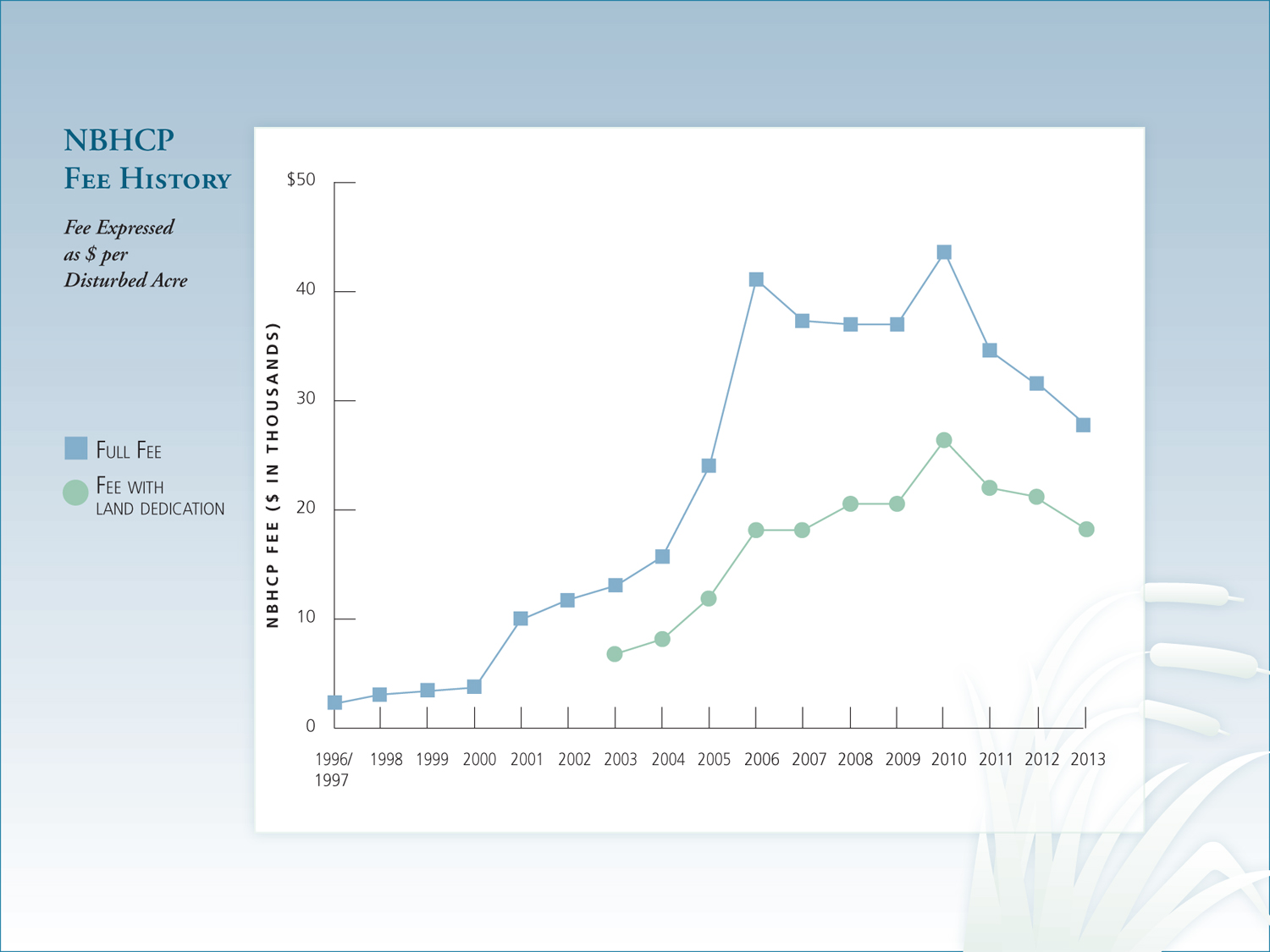 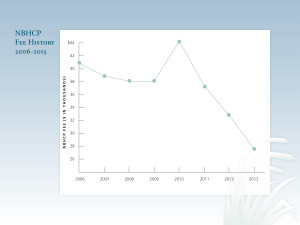 While last year’s (2012) HCP fee was $32,861 per disturbed acre, this year’s fee is set at $27,419 per disturbed acre. For mitigation conducted with land dedication, the HCP is reduced from $21,611 per disturbed acre to $18,669 per acre. The HCP fee has trended downward for the last few years due to the expected reduced cost for mitigation land acquisition. Other lesser fee components made up for a small part of the balance of the reduction. 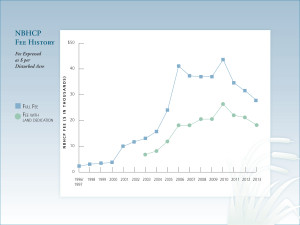 In 2012, there were three fee-paid mitigation actions. These included the Elverta Road and U.S. Highway 99 intersection, the Riego Road and U.S. Highway 99 intersection and a park in the City of Sacramento portion of the NBHCP Permit Area. Other development has been virtually stopped due to the current building moratorium in the Natomas Basin set by federal flood control authorities.