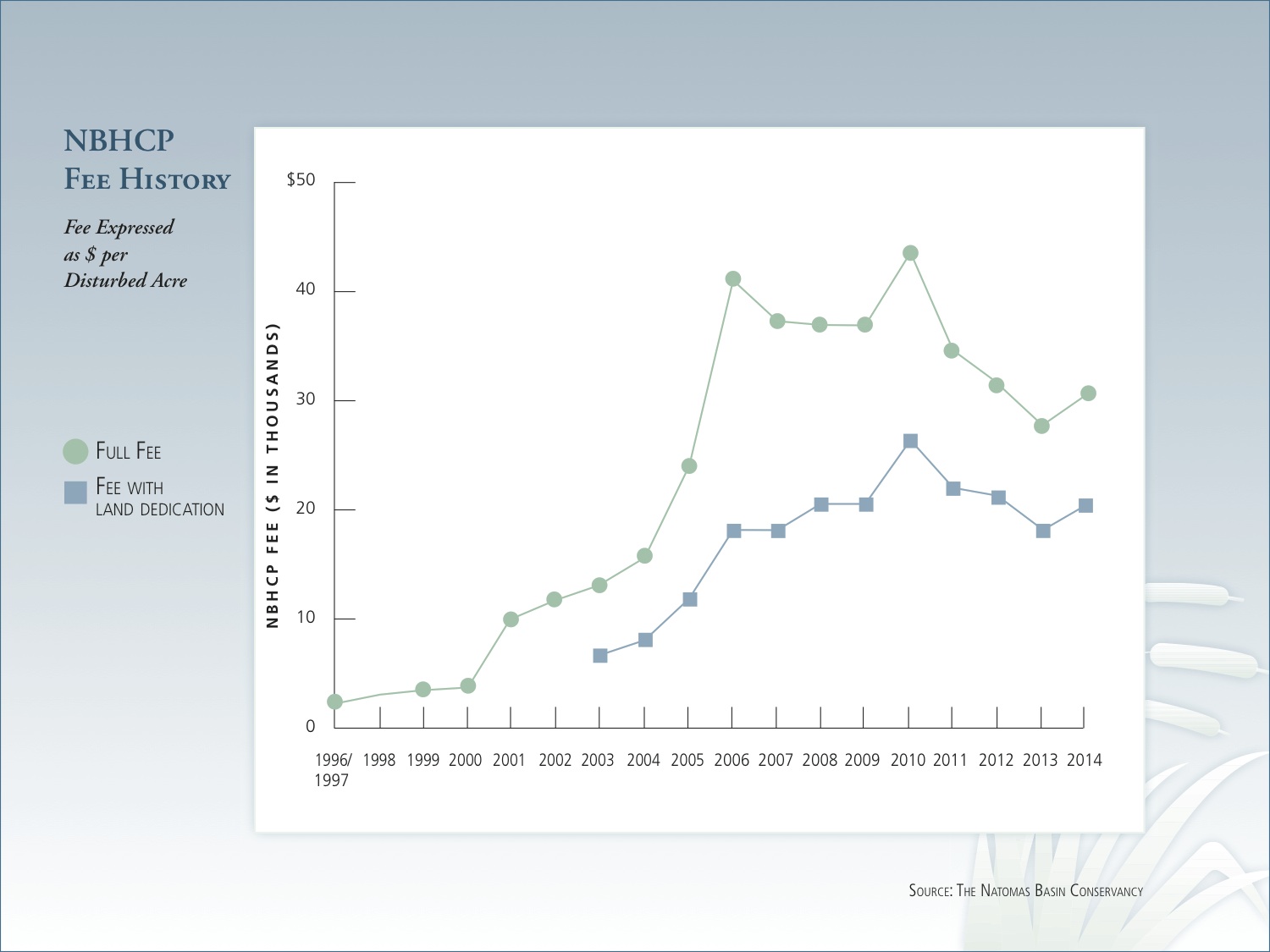 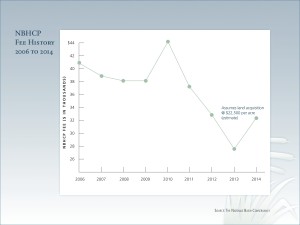 The Conservancy Board of Directors made its annual HCP fee recommendation to the City of Sacramento and County of Sutter recently. The required recalculation of the NBHCP Finance Model indicated a raised fee, largely attributable to increased land price estimates. With the February 4, 2014 approval of the fee by the Sacramento City Council, the Conservancy Board’s fee recommendation for 2014 has been set.

This year’s fee is $32,259 per disturbed acre. (The HCP fee for 2013 was $27,419 per disturbed acre.) For mitigation conducted with land dedication, the HCP is changed from $18,669 per disturbed acre (2013) to $21,009 per acre (2014). The HCP fee had been trending downward for the last several years (see charts) due to the expected reduced costs for mitigation land acquisition. This was largely attributable to the building moratorium that was put in place in the Natomas Basin due to flood concerns of the Federal Emergency Management Agency (FEMA). The slow economy is thought to also be a contributor. 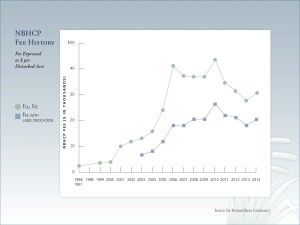 Now with progress made on protecting the property and lives in the Natomas Basin by the Sacramento Area Flood Control Agency (SAFCA) as well as action taken in the U.S. Congress, experts engaged by the Conservancy indicated higher land costs going forward. These costs were largely responsible for the end of the downward trend in the fee, although the fee for 2014 is the second lowest fee since the fee for the year 2005.

The Conservancy expects little or no mitigation activity for 2014.