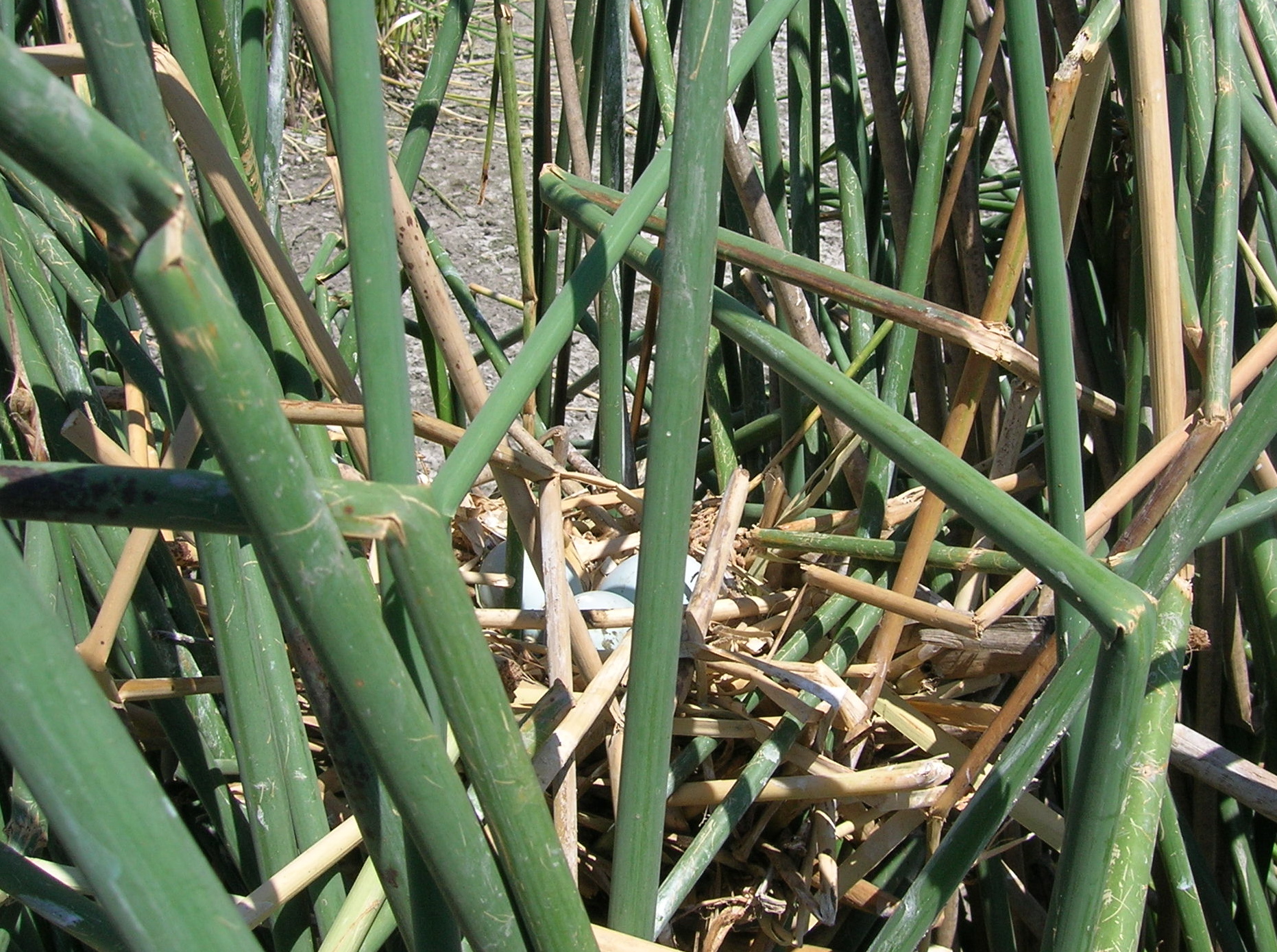 On a five-year old Conservancy managed marsh preserve in the Conservancy’s Central Basin Reserve Area, two of the Natomas Basin Habitat Conservation Plan’s (NBHCP) covered species have nested. The nest findings are very significant in demonstrating the efficacy of the NBHCP in mitigating for the loss of habitat by development.

As the photos attached show, there are white faced ibis and tri-colored blackbirds nesting on a Conservancy-constructed managed marsh preserve. For the white faced ibis, there had been no records that the bird nested in the Natomas Basin, despite many years of effort trying to find such activity.

Typically, white faced ibis that foraged in the Natomas Basin were seen leaving the Basin at day’s end, usually to the west. This year, for the first time, the Conservancy can confirm numerous nests on constructed managed marsh areas it owns and manages. Very rough estimates suggest the number of nests totals several hundred. The Conservancy has determined that getting an accurate count would require intrusion and disturbance of the nesting area, and this has the potential of being disruptive to the birds. In favor of minimizing any activity that might jeopardize nesting success, observations of the nesting area have been made from the perimeter of the nesting area.
birds 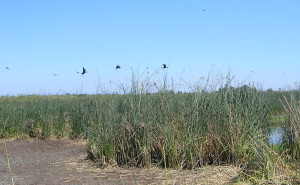 For tri-colored blackbirds, the Conservancy has observed substantial nesting activity in the exact same area as the white faced ibis this year. These nests are unique as well, because before, tricolored blackbirds have primarily nested in non-native Himalaya blackberry bushes on the preserve. Seven years ago, when the Conservancy was planning the restoration and enhancement of the preserve, replacement and succession planting was indicated for the site such that the tricolored blackbirds would ultimately find preferred native vegetation in which to nest. This summer’s findings of extensive nesting activity on this succession planting is an indication the early planning decisions are paying off.

These findings are firsts. Whether the same behavior occurs in future years is not known. But the indications are that the mitigation land is performing in the manner planned for, and the Conservancy is very excited about this development.