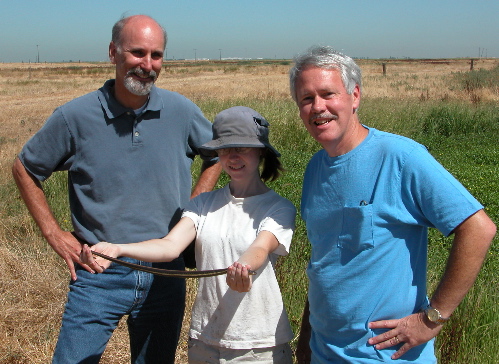 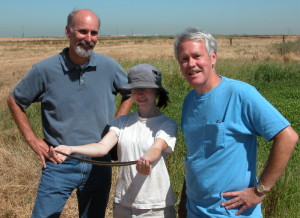 “This is a huge development since it confirms the approach the Conservancy has been using to design, build and manage appropriate habitat for this species” noted Christophel. “With development in Natomas reducing habitat, it’s gratifying to know these efforts contribute to supporting sustainable populations of this species in the Basin.”

The preserve is located in Northern Sacramento County, north of Elverta Road and east of U.S. 99. It was constructed under the requirements of the Natomas Basin Habitat Conservation Plan (NBHCP) which is a federal- and state-approved plan to mitigate for development in an area that is home to 22 special status species. Funds to construct the preserve were provided by fees assessed developers in Natomas. The Conservancy’s preserves provide refuge and sanctuary to NBHCP-covered species displaced by urbanization as well as other populations within the Natomas Basin.

Cay Goude, with the U.S. Fish and Wildlife Service’s Sacramento office, remarked that, “Given that the giant garter snake is afforded federal protection under the Endangered Species Act, it is critical that mitigation efforts produce results. It’s great to learn that after only two years since the preserve was constructed, we’re already beginning to see tangible evidence the NBHCP can be successfully implemented.”

The U.S. Geological Survey, Dixon Field Station, is under contract with the Natomas Basin Conservancy to conduct giant garter snake monitoring and reporting. Lisa Martin of USGS first found the snake, and was assisted by principal investigator Glenn Wylie, PhD. The Kismat preserve is part of the larger 338-acre BKS preserve which consists mostly of marsh habitat with associated uplands. The Kismat tract was purchased by the Conservancy on April 16, 1999. Marsh construction took place in 2001 and 2002.