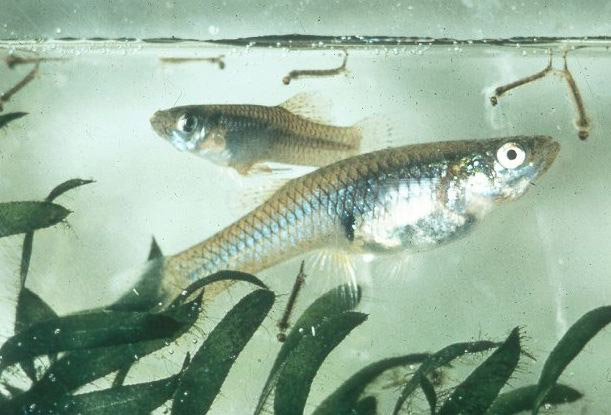 As urbanization expands in the Natomas Basin, there will be increased opportunities for humans to come in contact with one of the Basin’s more rural residents, mosquitos. Recognizing this, the 1997 Natomas Basin Habitat Conservation Plan (NBHCP) encouraged cooperation between the Conservancy and local mosquito control authorities. Accordingly, the Conservancy has worked with officials from the Sacramento-Yolo Mosquito and Vector Control District (“Mosquito District”) to pioneer methods of integrating managed marsh construction and management practices with effective mosquito control.

At the outset of planning for each habitat preserve, the Conservancy’s restoration ecologists and habitat design team considers the impact of the proposed project on mosquito populations. Mosquito District personnel are consulted. Once all parties are comfortable with the plans, habitat construction begins.

The Conservancy’s Betts, Kismat and Silva tracts offer an excellent example of such cooperative efforts. Much of the site was irrigated pasture when the Conservancy first acquired it. Mosquito District personnel informed the Conservancy the site was one of the worst, if not the worst source of mosquitos in the north part of Sacramento County.

The Conservancy replaced much of the irrigated pasture on the property with managed marsh. It included within the marsh complex a significant portion of “associated uplands,” or dry areas. Grazing cattle populations (and “host” sources for mosquitos) on the remaining pasture were reduced from nearly 300 to 75. Marsh water depths were made deeper than in most such projects, especially in the channel portions of the marsh. Mosquito District officials noted this was essential to effective mosquito control, as was building management flexibility into the marsh’s water supply system. As a result, the preserve’s marsh water elevations can be manipulated periodically to supplement mosquito control efforts.

Most significantly, the Conservancy added mosquito fish stocking, nursery and harvesting activities to its site management plan, which is approved by state and federal wildlife agency authorities. This provided the Mosquito District with authorization to conduct these activities on this state- and federal-approved habitat mitigation project.

The effort even can benefit the Conservancy’s species mitigation efforts, since the mosquito fish (gambusia) is a preferred prey for the giant garter snake (thamnophis gigas), one of the key covered species the Conservancy is working to restore.

After one year of operations, mosquito fish populations have proven their worth. They have helped control mosquito populations on the site. They also have shown their ability to sustain their populations in the preserve over time. This has provided the Mosquito District with source populations of the mosquito-eaters to conveniently populate other mosquito-borne water bodies in the Natomas Basin and other parts of Northern Sacramento County.

The Conservancy hopes to use the site to supply mosquito fish for its other marsh complexes within the Natomas Basin.