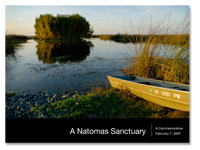 Recently, the Conservancy held a celebration for three noteworthy happenings:

Under the terms of the the Natomas Basin Habitat Conservation Plan (the “Plan”), 8,750 acres of land are to be acquired to mitigate the loss of 17,500 acres of land to be developed. As 2006 came to an end, the Conservancy had acquired approximately half the land needed to implement the Plan. 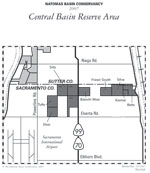 A principle tenet of the Plan is to enhance the biological value of mitigation land. One way to achieve that is for the Conservancy to reduce fragmented preserves by consolidating them. Under a 3 1/2-year campaign, the Conservancy recently completed the third of three land exchanges that produced this reserve consolidation. 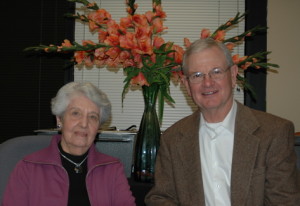 None of the above could have been achieved without effective leadership. The Conservancy’s founding Board President and Vice President, Anne Rudin and Bill Krum, respectively, have retired from the Conservancy’s Board. Their dedication and commitment to the successful implementation of the Plan were exemplary. Their guiding hands will be missed. (See photo.)

A brochure commemorating the above is available for download in PDF format.