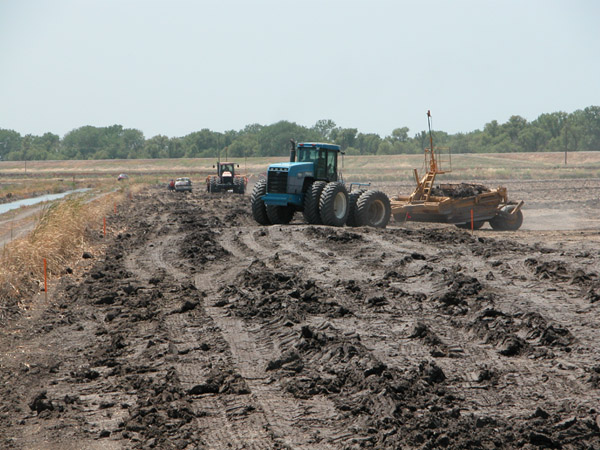 The specific tracts included in the North Basin effort include the 268-acre Lucich North tract and the adjacent 92.6-acre Frazer tract. The project will consist of mostly managed marsh. The site was considered ideal for the development of managed marsh because of the historic Fiddyment Lake that formerly existed on a significant portion of the site. The site also benefits from the rich habitat inside the levees of the Natomas Cross Canal. Moreover, giant garter snakes have been found by the Conservancy in water conveyance structures that have long surrounded the property, so the site offers immediately adjacent populations to colonize the preserves’ new marsh habitat.

The second project will take place on the Conservancy’s Natomas Farms tract that lies within the Conservancy’s Fisherman’s Lake Reserve Area. When construction is completed, the Natomas Farms preserve will consist of roughly one part managed marsh and one part upland. The marsh complex will be situated close to Fisherman’s Lake where giant garter snake populations can expand their range, and the upland area can be foraged by nearby nesting Swainson’s hawks.

It is expected that construction on both projects will be completed by late fall 2003, with vegetation palntings to be completed during the winter of 2003-2004.