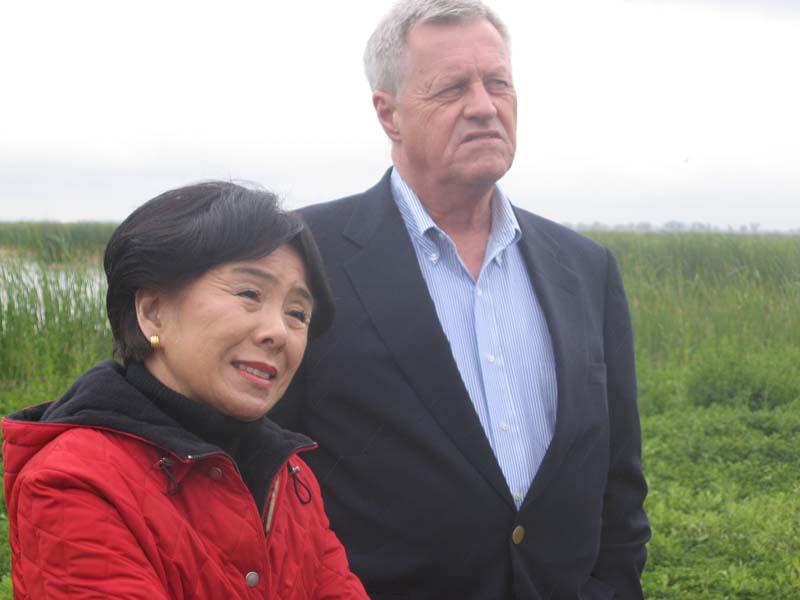 Recently, Sacramento Congresswoman Doris Matsui toured the Conservancy’s Fisherman’s Lake Preserve Area with fellow Members of Congress Mike Thompson of California and Collin Peterson of Minnesota. Peterson chairs the House Agriculture Committee, which is heavily engaged in the 2007 Farm Bill, legislation which will impact the Conservancy and many others in the habitat lands and rice farming community. Congresswoman Matsui wanted to show Peterson and Thompson the interface between rapidly-advancing urbanization in her District of South Natomas and Natomas’ open agricultural fields, with the Conservancy’s habitat lands serving as a buffer between the two. She also facilitated an on-site discussion between the Members of Congress and Conservancy managers regarding a number of key agricultural and habitat land issues.

The Congresswoman has also been instrumental in attempts to resolve matters pertaining to the Conservancy’s use and reporting of certain surface water from the Sacramento River. The Conservancy uses surface water to irrigate the wetlands and marsh complexes under its care. These irrigated land uses are key components of the Natomas Basin Habitat Conservation Plan (NBHCP). John Roberts, Executive Director of the Conservancy, noted, “We don’t know where we’d be without Congresswoman Matsui’s help. Her office has reached out and given the Conservancy hope that these complex federal water matters will get resolved so that the NBHCP can continue to be successfully implemented.”