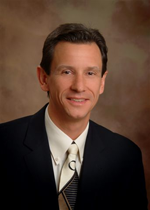 One of the Conservancy’s longest-serving Board member, Paul Junker, has retired from the Board after nearly a decade of service.

“Paul has been a valuable asset to the Conservancy’s Board. As the drafter of the 2003 Natomas Basin Habitat Conservation Plan, he knew our guiding document thoroughly. His expertise and collegiality will be missed,” said David Christophel, Conservancy Board President. “He attended nearly every Board meeting for nearly a decade, and other Board members always wanted to know what Paul had to say on the key issues facing the Conservancy.”

Junker was appointed to the Board by the County of Sutter. He was originally part of a team that represented Sutter County in the re-drafting of the 1997 Natomas Basin Habitat Conservation Plan. At various times, Junker served as an officer of the corporation, most recently as Corporate Secretary.