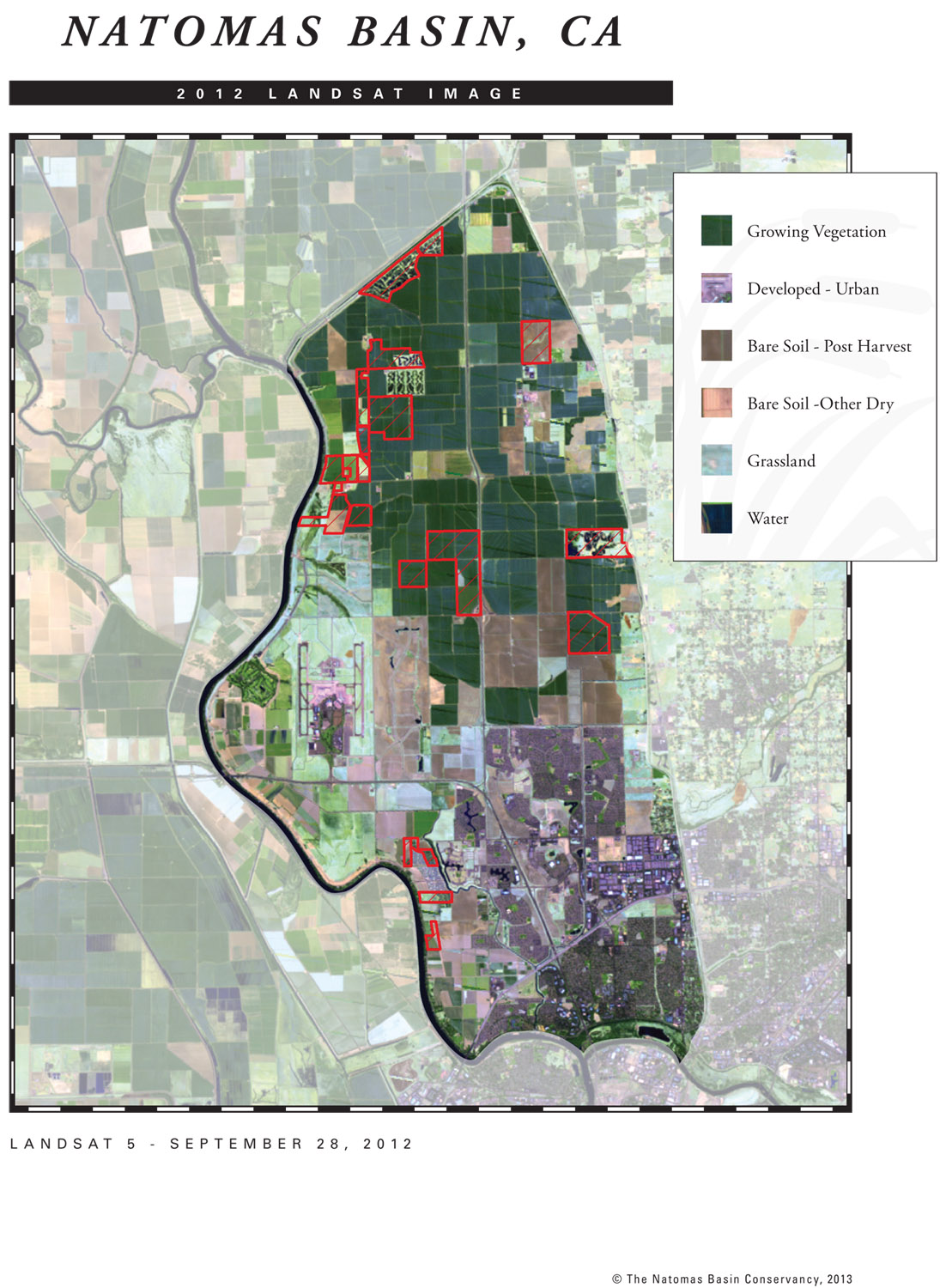 Each year, the Conservancy uses a photographic image of the entire 54,000-acre Natomas Basin. The image is usually drawn from year-end satellite images provided by the LANDSAT. This satellite is a leading tool in providing imagery of the Earth’s surface. By doing this each year, changes in land use can be documented. Ducks Unlimited’s cartography section has typically helped the Conservancy capture the best LANDSAT image, as there are typically many passes and images to choose from. It’s important to secure an image that is free of smoke, haze and clouds. In this year’s version, it is easy to see the urbanized area of the City of Sacramento in the lower parts of the image, and also the easy-to-spot Sacramento International Airport in the center left. Conservancy preserves are bordered in red. The LANDSAT images are an integral part of each year’s Implementation Annual Report.